I have a darling giveaway for you guys- this book is so fun and the illustration is darling! We have been loving it- Here is the scoop:

THE PIGEON NEEDS A BATH
by Mo Willems
In stores April 1, 2014

Here is the Prize:
Get to know Pigeon!
One (1) winner receives: The Pigeon Needs a Bath! and “It’s a Busload of Pigeon Books!” collection
<Prizing courtesy of Disney Publishing Giveaway open to US addresses only>

{Here is the Video Trailer}

About the Book & SeriesThe Pigeon really needs a bath! Except, the Pigeon's not so sure about that. Besides, he took a bath last month! Maybe. It's going to take some serious convincing to try and get the Pigeon to take the plunge.

First in the series, Don’t Let Pigeon Drive the Bus celebrates its 10th birthday this year! Over the last  decade, The Pigeon books have sold millions of copies and enchanted young readers. The books have received numerous starred reviews, have appeared on many "best of" lists, and have even been inducted into the Indies Choice Picture Book Hall of Fame.

About the Author
Mo Willems, a number one New York Times best-selling author and illustrator, has been awarded a Caldecott Honor on three occasions (for Don’t Let the Pigeon Drive the Bus!, Knuffle Bunny: A Cautionary Tale, and Knuffle Bunny Too: A Case of Mistaken Identity). Don’t Let the Pigeon Drive the Bus! was also an inaugural inductee into the Indies Choice Picture Book Hall of Fame. And his celebrated Elephant & Piggie early-reader series has been awarded the Theodor Seuss Geisel Medal on two occasions (for There Is a Bird on Your Head! and Are You Ready to Play Outside?) as well as three Honors (for We Are in a Book!, I Broke My Trunk!, and Let's Go for a Drive!). Other favorites include Naked Mole Rat Gets Dressed and City Dog, Country Frog, illustrated by Jon J Muth. Mo lives in Massachusetts with his family.

a Rafflecopter giveaway
Posted by delightfulmomstuff at 11:07 AM 8 comments:

I am starting this Bible Reading plan from BibleGateway.com (see below) for Lent- Bible Gateway is my go-to search site for Scripture. I am going to read the daily Lent/Easter devotionals with the girls each day (see #2 Below).

There are several awesome resources on BibleGateway.com for you to check out:
1) You can sign up for daily emails for reading through the old or new testament- or both: LINK HERE
2) Sign up for Lent/Easter Devotionals HERE (I am so excited to start this!)
3) This is a great article of ideas of how to Observe Lent
4) They have a great Blog with awesome articles: Bible Gateway Blog
5) Finally- check out the FREE App- you can listen to the Bible, see a reading plan, take notes, etc.. so great!

The reading plan is graciously made available by the Central Presbyterian Church of Baltimore.
Posted by delightfulmomstuff at 1:58 PM No comments:

Email ThisBlogThis!Share to TwitterShare to FacebookShare to Pinterest
Labels: Easter

It is that time, tomorrow (3/5/14) marks the first day of Lent. As previously discussed, I am a non-denominational follower of Jesus Christ and I am not "required" to give anything up for Lent according to the Bible or my church. I believe that when Christ died for me, it was a free gift of grace and I can in no way earn this gift. (Ephesians 2:8-9  "For it is by grace you have been saved, through faith—and this is not from yourselves, it is the gift of God— not by works, so that no one can boast.") What I can do, is take this opportunity to give something up to remind myself of the sacrifice Christ made for me. While it is in NO WAY on the same level as God's sacrifice, it is a great way to prepare my mind and heart for the Easter season ahead. You may remember 2 years ago I gave up Social Media (POST HERE)- that was an AWESOME reminder and such freedom to hit the restart button on being so "plugged in". Last Year I gave up shopping (POST HERE) that was a good reminder as well.
I always try to give something up that is a) a constant "temptation" so that I am constantly reminded (i.e. it always "hurts" a bit!) b) not totally selfish (i.e. something that will help me loose weight and be ready for swimsuit season :) and c) something that will witness to my girls that no matter what we love in this life, nothing is so important to us that we can't make a sacrifice for the Lord- with a JOYFUL heart! My goal is this, I am not going to be whining around about this sacrifice- I am going to joyfully give the attention to God, he deserves it ALL of the time! (If you find me crying around, please feel free to firmly remind me of the Joyful Heart part...)
SO....are you ready for it??? Let me begin by saying, this would not be a sacrifice for everyone. Some people will probably not understand this at all- but for those of you who know me...you will know...it is huge!!! DRUMMMMROLLLLLL.....Coffee! Oh my goodness sakes, I am giving up Coffee for 6 weeks! Not a lick of it. It almost makes my heart hurt just thinking about it. I love coffee at breakfast time, I love coffee iced, I love coffee with Baileys,  I love coffee with cream, I love coffee black, I love coffee lukewarm, I love coffee with lunch, I love coffee on a cold day, I love coffee on a hot day, I love coffee in my martini, I love coffee ice cream, I love chocolate covered coffee beans, I love coffee after dinner, I love coffee in my bed, in my car, at my desk, on my couch, at a restaurant, at the mall, while walking, sitting, standing, laying....I love coffee anywhere, anytime, anyplace....but I love Jesus more...and I am excited to remind myself of the amazing gift He gave me on the cross and the unending eternal hope He gave me when that tomb was empty!

So what about you- are you giving anything up? I would love to hear your ideas!

HERE are some past Easter posts.
And make sure to follow my Easter Pinterest board- I am on the hunt for fun Easter ideas!
HAPPY EASTER!
Posted by delightfulmomstuff at 9:31 PM 4 comments:

Email ThisBlogThis!Share to TwitterShare to FacebookShare to Pinterest
Labels: Easter

I have posted some of my favorite Apps for kids in the past (HERE) those are still our favorites with the addition on this awesome Spelling Test App!


{Spelling Test by FunExam.com- it lets me take Ellie's weekly spelling words and customize a spelling test- I record the words and it plays them for her and she types the word. If she gets a word wrong, it allows her to go back and just do those words. It has made studying for spelling tests so easy!} 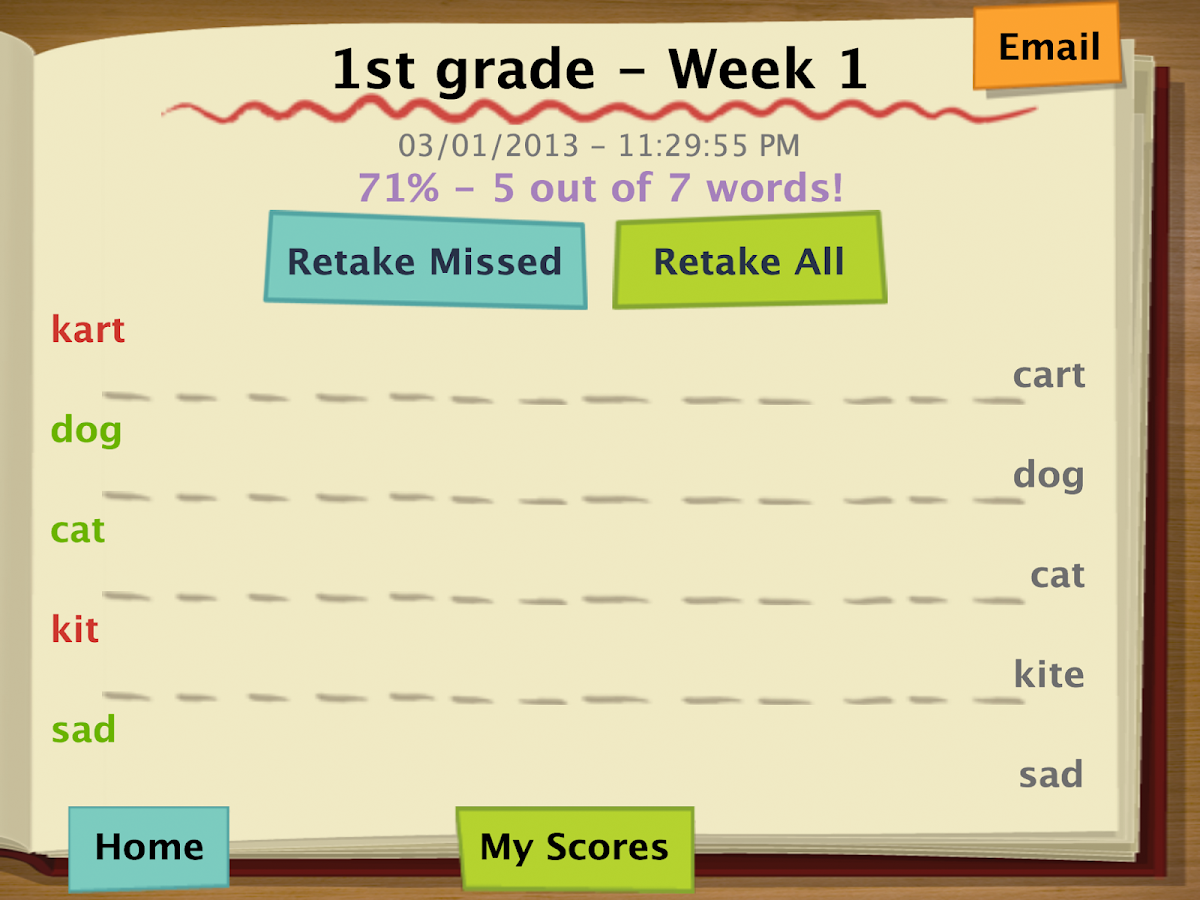 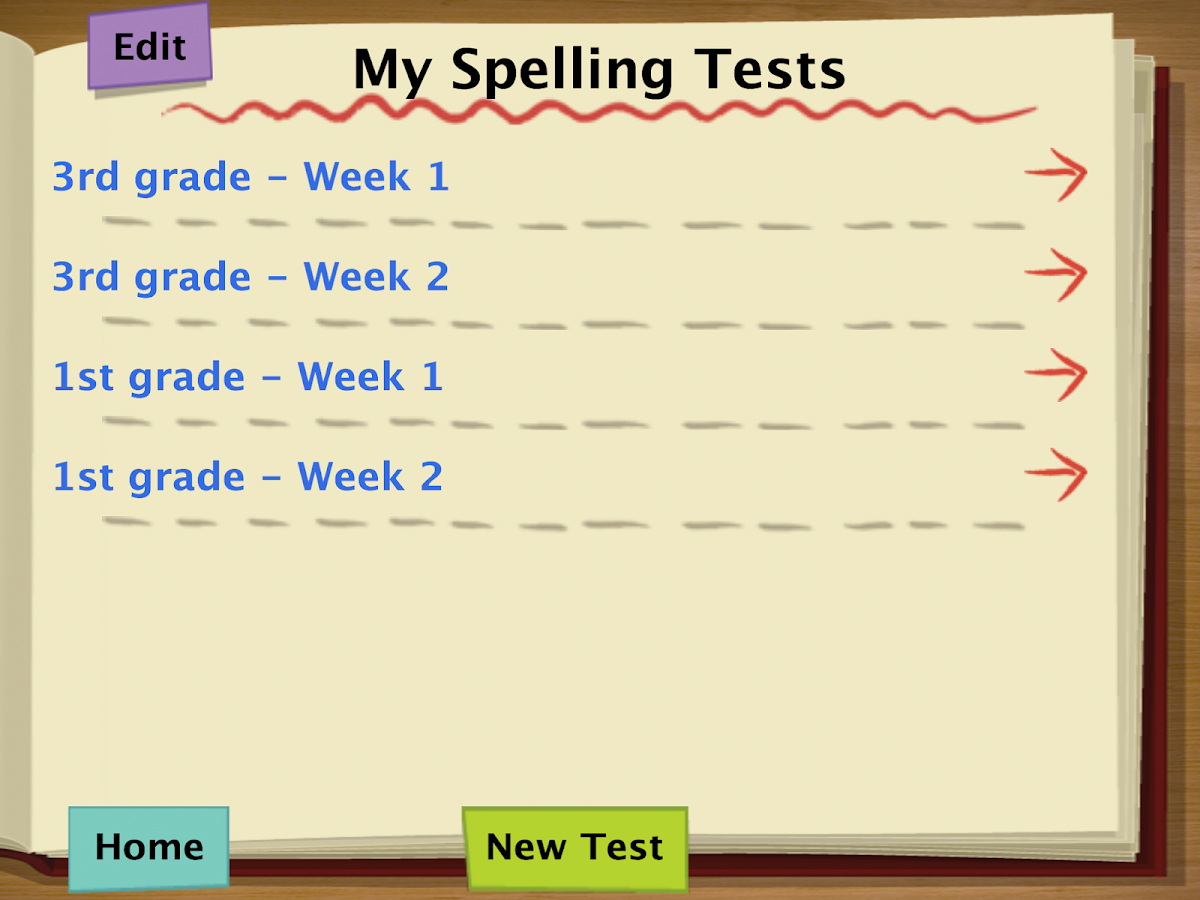 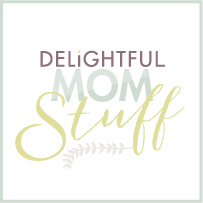